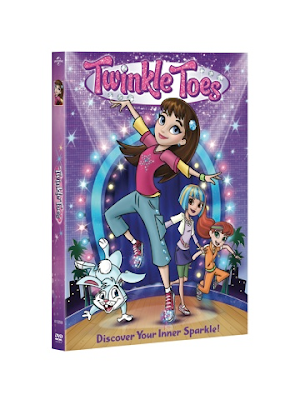 GET READY TO SPARKLE!
ONE OF GIRLS’ FAVORITE CHARACTERS MAKES HER FEATURE FILM DEBUT IN A DAZZLING, ALL-NEW ADVENTURE
TWINKLE TOES: THE MOVIE
The Must-Own, Full-Length Film Inspired by the Best-Selling SKECHERS Girls’ Shoe Line Comes Exclusively to DVD July 31
From Universal Studios Home Entertainment
Universal City, California, May 22, 2012 –Inspired by the best-selling SKECHERS Kids footwear line, join Grace “Twinkle Toes” Hastings as she headlines her first-ever, full-length feature film, Twinkle Toes: The Movie, debuting exclusively on DVD on July 31, 2012 from Universal Studios Home Entertainment. Twinkle Toes: The Movie brings all the charm and excitement of the Twinkle Toes brand to the screen in a fun-filled, original film that will have girls dancing out of their seats. The sweet and adorable Twinkle Toes character that girls have come to know and love overcomes her most secret fears and learns to celebrate her individuality with energy, pizzazz and super-cute shoes!
Filled with music, friendship, laughter and heart, parents and their daughters will want to watch Twinkle Toes: The Movie again and again. This charming story of courage, self-expression and finding the “sparkle” within will inspire Twinkle Toes’ legions of fashionista friends to develop their own talent and achieve their dreams.
The animated star of SKECHERS’ Twinkle Toes footwear line, Grace “Twinkle Toes” Hastings, is a fashion icon for the under-13 set. Hip, flamboyant and original, Grace embodies a combination of sparkle, sass and style, which has made SKECHERS’ Twinkle Toes footwear a favorite of celebrity kids and fashion divas alike. The SKECHERS Kids collection, including Twinkle Toes, is currently the number one children’s footwear brand in the United States.
SYNOPSIS
Twinkle Toes: The Movie is a sparkly, fun-filled adventure that will make audiences want to get up and dance! Grace “Twinkle Toes” Hastings has a big secret: she gets terrible stage fright in front of anyone except her fluffy friend Walter. As Grace works to overcome her fears, and makes some super-cool friends at her new school, she discovers that it’s OK to be herself and shine!
For more information, please visit www.twinkletoesusa.com
About SKECHERS USA, Inc.
SKECHERS USA, Inc. (NYSE:SKX), based in Manhattan Beach, California, designs, develops and markets a diverse range of footwear for men, women and children under the SKECHERS name. SKECHERS footwear is available in the United States via department and specialty stores, Company-owned SKECHERS retail stores and its e-commerce website, and over 100 countries and territories through the Company’s global network of distributors and subsidiaries in Brazil, Canada, Chile, Japan, and across Europe, as well asthrough joint ventures in Asia. For more information, please visit www.skechers.com, and follow us on Facebook (www.facebook.com/SKECHERS) and Twitter (twitter.com/#!/SKECHERSUSA).
About Universal Studios Home Entertainment
In honor of its Centennial anniversary, Universal Pictures proudly salutes 100years of unforgettable films that have entertained audiences and touched thehearts of millions around the globe. In celebration of its first 100 years,Universal Studios Home Entertainment is proud to present a selection of manybeloved movies as part of an extensive year-long program that underscores thestudio’s rich cinematic history and indelible cultural impact.
Universal Studios Home Entertainment is a unit of Universal Pictures, a division of Universal Studios. Universal Studios is a part of NBCUniversal, one of the world’s leading media and entertainment companies in the development, production and marketing of entertainment, news and information to a global audience. NBCUniversal owns and operates a valuable portfolio of news and entertainment television networks, a premier motion picture company, significant television production operations, a leading television stations group and world-renowned theme parks. Comcast Corporation owns a controlling 51% interest in NBCUniversal, with GE holding a 49% stake.


CHECK OUT THIS REALLY CUTE MOVIE TRAILER. I KNOW MY GIRLS WILL LV THIS MOVIE. THEY BOTH LOVE TWINKLE TOES SO MUCH.


DISCLAIMER:I WASNT CONPENSATED FOR THIS POST. HOWEVER I WILL BE RECIEVEING A REVIEW COPY.THESE ARE ALL MY OWN OPINIONS.

Email ThisBlogThis!Share to TwitterShare to FacebookShare to Pinterest
Labels: TWINKLE TOES THE MOVIE 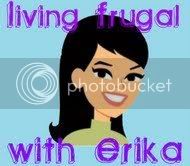