We've been in the hair goods business since 1992 when my wife wanted that first pair of beaded chopsticks. She bought the materials to make them but then decided to go get the expensive ones at Nordstrom instead. I took her materials, fascinated by what they were selling for and started making them myself by hand in the garage. Enthusiastic, admiring friends bought them up. Suppliers referred us to contacts with major retailers nationwide and, several million pairs later, everlasting success was assured... almost.

we literally couldn't make rent... it was as if everything I tried failed
Trials and tribulations ensued, the product line expanded and contracted, and we lived life utterly dependent on what huge retailers sold or didn't sell for us. After 9/11 things got even tougher, and we retracted into the "lean times". I call it the black years, where we literally couldn't make rent. It was as if everything I tried failed.
My wife, Missy, finally had had enough and sent me into the garage with instructions to, "pull out your old beads and wire, make something and go sell it... NOW or else!" (All husbands know what or else means!) I had so much raw inventory left over from my seven years of trying to make a go of big retailers and as fate would have it, one of the products I had the most materials for was the Flexi clip. I quickly began assembling product for a weekend marketplace near our home. I went to the marketplace with barely enough capital to get in, buy a hotdog and get home.
By the end of the first weekend, I had left with over $1,000. At the time, it was so significant. It represented hope. Tears of joy followed. The epiphany came when I realized I had kept doing the same thing for years and expected a
different result. I now had a roadmap. I understood that no one would understand really how good my products were unless I demonstrated them. Need for more financial stability led me to experiment with sales at a local Farmer's Market where I quickly confirmed all the benefits, and potential, of direct selling. Then another moment of truth unfolded before me: I wanted to do an event but I couldn't be in two places at once. My friend, Shannon, suggested she would cover the Farmers Market if I wanted to do another event. Another "ah-ah" moment... duplicate my effort without cloning!

I sowed the seeds of a whole different way of distribution for our company without the impersonal retail shopping experience
MY REVIEW.
I love to do my girls hair all the time. my girls love to have there hair done too. sometimes i like to do an easy style and still have a super cute acessory for my girls and myself. i used the lilla rose clips on both of my girls and myself as well. they are super easy to use. they look super cute. my girls loved there hair styled with there lilla rose clips. lilla rose clips are the cutest and easiest hair acessories to use. head over and check out lilla rose. 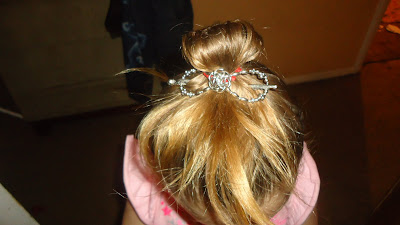 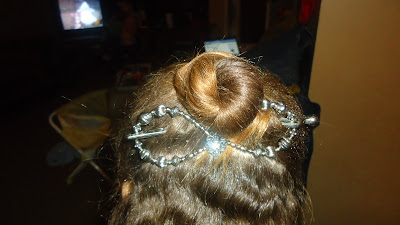 me'ana with her lilla rose clip.
disclaimer: i was given samples to review. these are all my own opinions.
Posted by Unknown at 7:28 PM