When I first read about the wonderful benefits of coconut oil, I asked my wife Marianita, who grew up on a coconut plantation in the Philippines, if there was a more natural way to extract the oil from the coconut, so that we didn’t have to buy the refined coconut oils found in all the stores in the Philippines. She said there was a method the older generation used to extract the oil by grating the fresh coconut, extracting the coconut milk, and then letting the coconut milk stand in a covered container for about 24 hours. After about 24 hours, the oil naturally separates from the water producing a crystal clear oil that retains the full scent and taste of coconuts. So we started making our coconut oil that way and using it for our cooking needs with our three children. We couldn’t believe how wonderful it tasted, and how great we felt. We had been living on Mt. Banahaw in the Philippines for almost two years by that time, and in the year 2000 telephone service was provided to our rural farming community, allowing me to put up a website about our Philippine Herbs. I decided to also put our Virgin Coconut Oil up on the website, not really expecting people to order it because it was a bit expensive since we had to hire people to make the oil, and shipping cost a lot because of the weight. We were so surprised when people started ordering, and then re-ordering it because they felt so great after using it! They told us there was no other coconut oil like it on the market. (See a sample of testimonies below.)
Before long we had businesses contacting us asking how to order it in bulk. So we discussed how we could mass produce this kind of oil, and almost abandoned the product because we didn’t want to lose the traditional way of making it. In the end, we decided to just keep making it the same way, by having others in our coconut community also make the oil the traditional way. Many of our producers are in areas so remote, that if they did not use their coconuts to produce Virgin Coconut oil for us, no one would buy their coconuts because it would cost too much to transport them to manufacturing plants. In these areas, the coconuts generally just fell to the ground unused until we started training people to make our Virgin Coconut Oil. We were the first ones to export Virgin Coconut Oil from the Philippines to the US market. The success overwhelmed us.
Today, more than 10 years later, there are other companies now selling coconut oil again in the US, most of them mass-produced by machines from dried coconut. But we are committed to time-honored traditional practices that have produced healthy coconut oil for hundreds, if not thousands of years. Our Gold Label Virgin Coconut Oil is still produced by hand, using the wet-milling process of extracting the oil from fresh coconuts. Our producers have learned a lot of things over the years, since most of them have been producing this oil for over 10 years now. They have learned how to pick out the best coconuts from each harvest that produce the best quality oil, for example. Independent laboratory analysis shows this to be one of the highest quality coconut oils on the market, having the highest levels of antioxidants. This enhanced Virgin Coconut Oil is now in the US market under the Tropical Traditions Gold Label brand. It meets our strictest standards to earn this designation. Today when you buy Tropical Traditions Gold Label Virgin Coconut Oil, you are buying the highest quality coconut oil we have to offer, and it is still made by hand and benefiting families in the rural areas of the Philippines where the coconuts grow.
OUR REVIEW
i love to use tropical traditions coconut oil. i use it for many things. i used the cocnut oil for cooking as well as for brea's hair. my husband also uses it in his hair. the last review i did for tropical traditions cocnut oil i used the oil as a deep conditioner and moisturizer for brea and my husbands hair. this time i decided to cook with the coconut oil. i made shrimp fried rice and used coconut oil in place of the vegtable oil. i was hoping it would turn out just as good. my husband and girls loved the shrimp fried rice i made so much. chris didnt even know the diffrence. you couldnt even taste the coconut at all. i love tropical traditions coconut oil so much. head over and check out all of the tropical traditions products. they carry all sorts of awesome stuff. 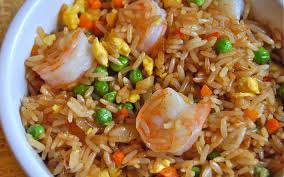 
You can also watch the video they produced about Gold Label Virgin Coconut Oil:

disclaimer:i was given a sample product to try. i wasnt compensated in any other way for this review. these are all my own opinions.
Posted by Unknown at 4:46 AM

Love Tropical Traditions products, customer service, and perhaps most of all: their backstory!

LOVELY GIVEAWAY, THANK YOU SO MUCH!