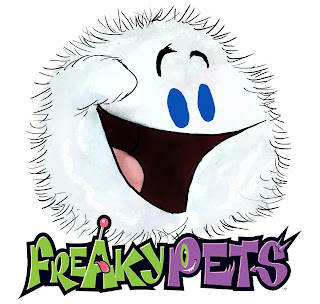 General Information
Petania has over 2.8 Gazillion Pets and every Pet has at least one square mile to call home. There are several regions including Peto Rico, Irelandia, Pengawandaland and New Jersey, amongst others. Pet Town is the capital and Petanese is the main language of Petania. The weather is crazy and changes a whole lot, going from 68 degree lows to 76 degree highs, with beautiful blue skies suddenly getti...
ng dotted by a small, white puff of a cloud, usually in the shape of Princess Penga’s dress.
Around for hundreds of thousands of years, Petania has had an advanced culture, mostly centered on ice cream. In fact, humans, when the first few arrived, were amazed at how advanced the Pets were. But, being humans, they couldn’t pronounce Petania, so they started calling it Atlantis. A guy named Plato visited a lot. When the Pets decided to move Petania a few hundred yards further east because an oracle had told them about the future Ben & Jerry’s and they wanted to be exactly 4,000 miles away from the ice cream, Plato and others, not finding Petania EXACTLY where it had been, thought that it sank into the ocean. In fact, Plato wrote a little bestseller book about it.


In 1912, after thousands of years of no human visitors, (after Plato thought Petania sank!) Dr. L. B. Freaky was shipwrecked accidentally on a very strange and Freaky beach! It was Petania! He stayed there for decades, only aging a little bit (some think it was all the ice cream he was fed) but eventually, about 2 years ago, he got homesick for his shack in New Orleans’, Bayou country. So, the Pets helped Dr. Freaky build the very first (and only) nuclear fusion fueled jet-ski and he jet-skied over 3,276 miles (right over land, too!) back to his home. When he opened his knapsack, he realized that he had brought around 260,000 Pets who had stowed-away, looking for adventure. Now, he knew why his bag had been so heavy!

After arriving at his shack to a heroes’ welcome (almost 15 people showed up…mostly people whose bills he hadn’t paid in those many years away), Dr. Freaky introduced the Pets to everyone and the people loved them. They called them Dr. Freaky’s Pets but eventually, just shortened it to FREAKY PETS!
you can check out freaky pets on facebook


disclaimer: i wasnt compensated in any way at all for this post. i just thought you all would like to know about these awesome toys.
Posted by Unknown at 2:06 PM